My blog has moved! Read it in the new location here.

I've worked with electronics for a number of years now, but somehow I have not had occasion to do much reverse-engineering of existing circuits. But today I got the chance with a nice LPBi14042 bicycle front light that was acting up a bit. Here is the PCB: 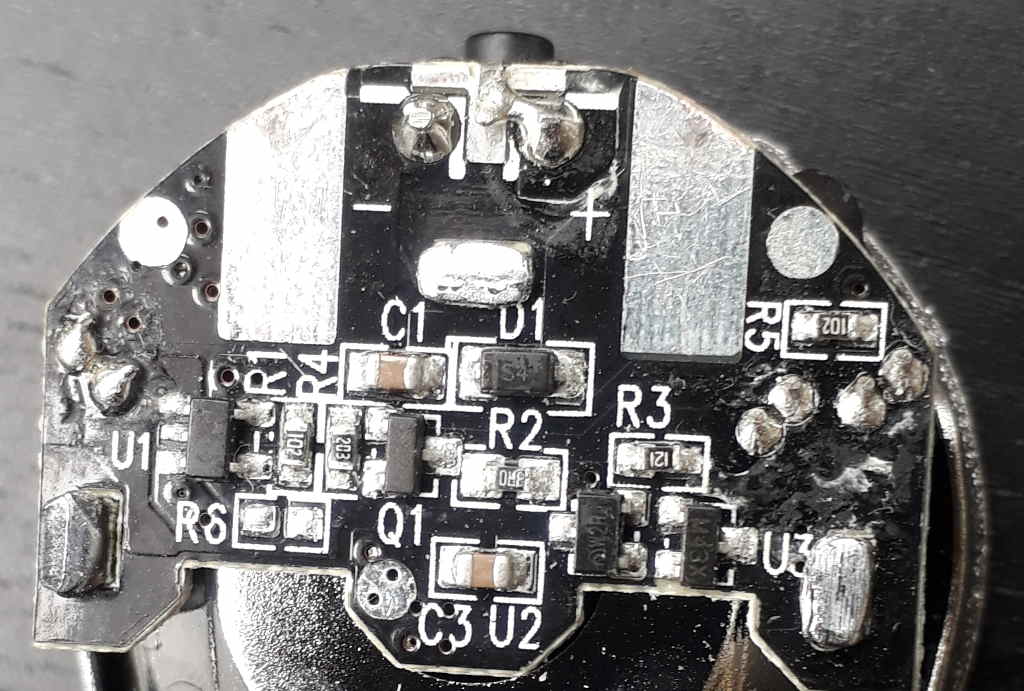 The PCB is nicely laid out and quite compact. Not visible on the back side is mounted the main white SMD LED as well as a few through-hole components (capacitor, inductor, indicator LED). At the top can be just seen the tip of the on/off pushbutton sticking out.

I was not able to identify the ICs except for the rightmost U3 which is an XC61C voltage detector. But after beeping the circuit through and drawing up the schematics it seems clear enough: 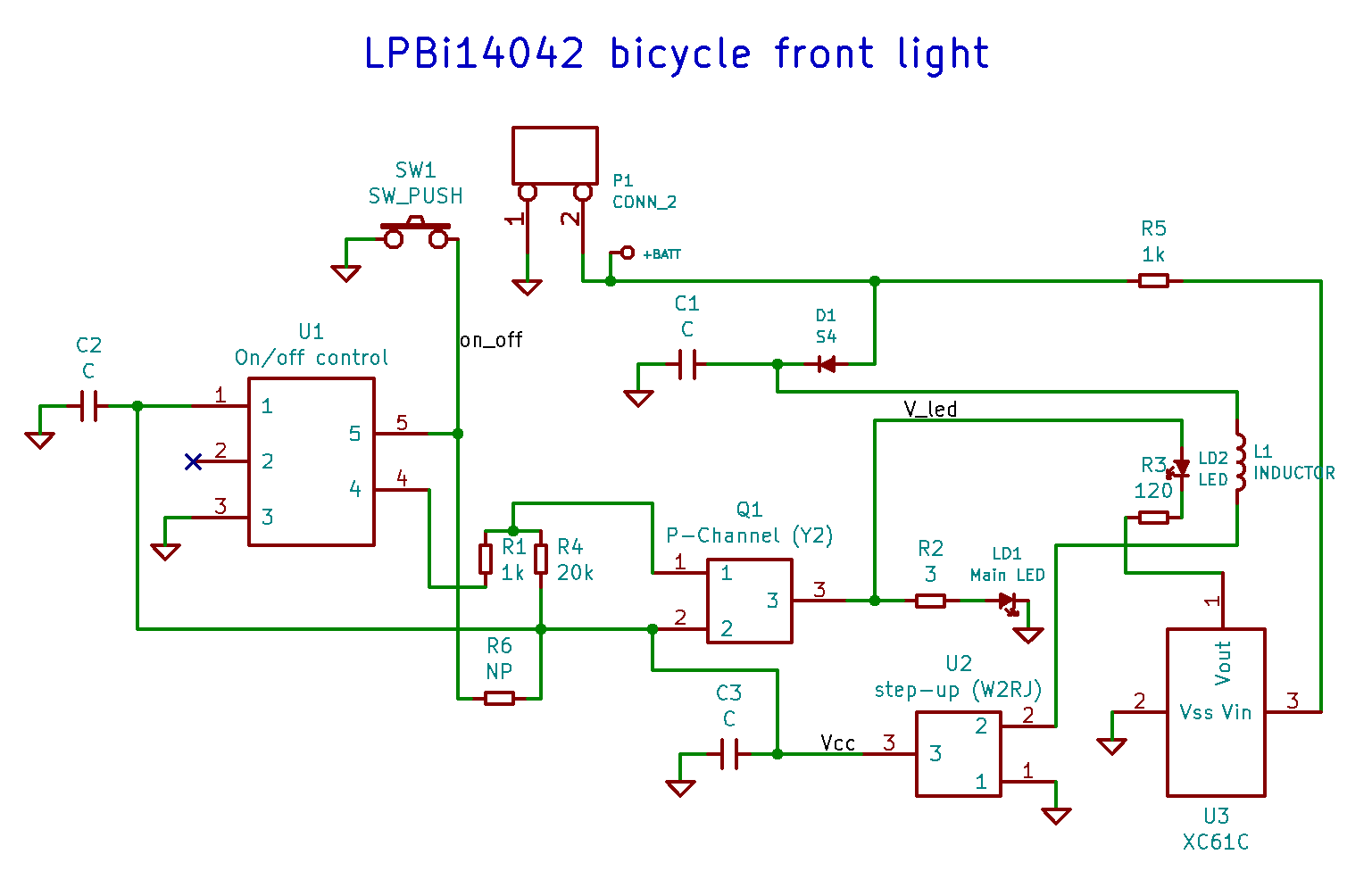 The schematics is laid out with component positions and orientations approximately the same as on the PCB, for easy reference.

This bicycle light seems reasonably well constructed. There is a DC-DC step-up converter U2 to supply the needed voltage for a white LED from two AA-batteries which will be well below their nominal 2 x 1.5V before being fully drained. There is even a "battery low" indicator (red LED on the back of the PCB not visible in the picture). This is actually useful for a bike light like this; because of the step-up converter, the light will drop off very sharply at the very end of the battery life, with little advance warning. So a battery-low warning helps not getting stuck with no light on the bike on a late night. The indicator light is though somewhat well hidden, and hard to spot perhaps.

Some details of the circuit:

This PCB was reasonably simple, and nicely designed with component references Rn/Cn/Un/etc. So it was simple to decipher and understand, and a nice and interesting experience.